The private wastewater treatment facility at Brakebush Brothers Inc., a chicken products manufacturing plant, was doing a great job removing breading and other by-product solids from waste flows. But the rural plant— a “further processing” (post-butchering) facility—produces uncommonly heavy loads of fats, oils and grease (FOG) that were taxing the aerobic treatment process in its secondary treatment lagoon. They needed to introduce more oxygen and mixing into the plant’s lagoon to do an efficient, effective treatment job.

Brakebush waste flows are pumped to a 250,000-gallon filtration tank, which provides pre-treatment of the waste flows that consists of screening solids and skimming fats and oil from the surface. After pH control is performed, three dissolved-air flotation clarifiers provide primary treatment of the 400,000 gallons per-day flow. Secondary treatment is provided by a single 3.1 million gallon lagoon.

Bucky Walters, lead wastewater operator, was having difficulty maintaining dissolved oxygen levels in the lagoon during cold weather with his existing surface aerators. During often-brutal Wisconsin winters, the lagoon experienced freeze-outs. The old aerators would flip over due to ice displacement, causing a decrease in the delivery of oxygen to the basin and thus treatment.

Even when functioning, the aeration process wasn’t powerful enough to meet the plant’s treatment needs. In addition, another development would soon overwhelm the lagoon’s aeration capacity altogether:

Brakebush was about to significantly increase production. The current system utilized splash aerators, the performance of which was simply inadequate to meet the oxygen demands of the treatment process. In addition to the oxygen delivery shortcomings, the combined 475 hp aerators used excessive amounts of electricity. Utilities manager David Meyer dreaded the bills they would generate trying to keep up with the higher volume waste streams from production increases.

There was no more putting it off: it was time to upgrade the aeration system.

The team settled on EDI’s floating lateral system with FlexAir® 88S diffuser assemblies, outfitted with Magnum™ Diffusers. The upgrade installation took less than a week, performed by Lee’s Contracting out of Little Chute, Wis. To prevent any disruption in treatment during the upgrade, the plant stayed online by leaving the old aerators in place while new laterals were installed. Old aerators were removed as each new aeration floating lateral came online.

Meyer and Walters were impressed by the FlexAir system’s ability to perform superior oxygen transfer through the production of ultra-high-density micro-bubbles, while running on less than half the power required by the plant’s old system. Total operating power requirements dropped to 200 hp, total, with this efficient new system.
A year after the original upgrade, some settling was noticed around the lagoon’s edges, evidenced by a lot of clear water over solids in the shallows. Meyer and Walters realized they had undersized the equipment scope, and needed to extend the laterals into the shallower edge areas with what they call a “corner system.” EDI responded with a turnkey design for the additional equipment requirements with the new system installed by its SiteWorks division.

Total cost for the aeration upgrade project was a small fraction compared to the additional profits generated by the manufacturing plant’s increased production. Much of the capital cost was paid through significant electricity savings enabled by the system’s performance. It’s a shining example of whole-plant increases in efficiency and cost-effectiveness through targeted key systems upgrades. 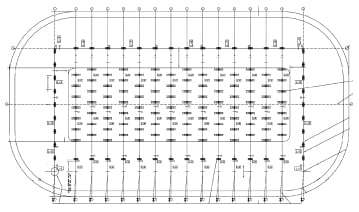 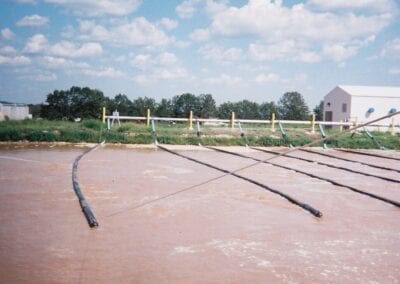 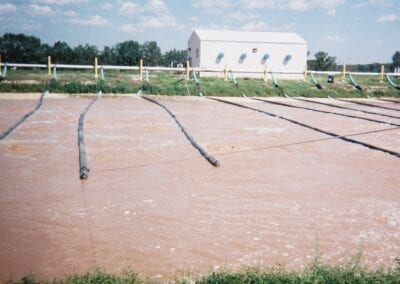 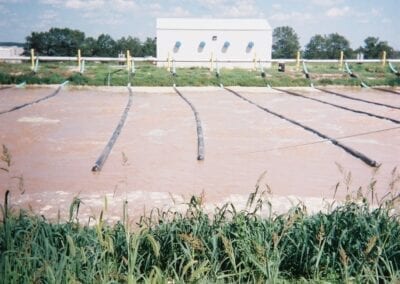 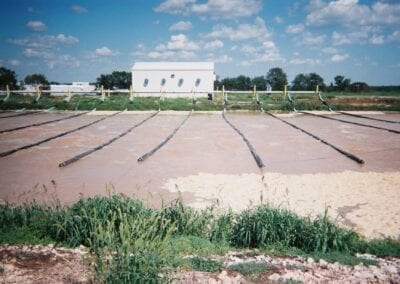 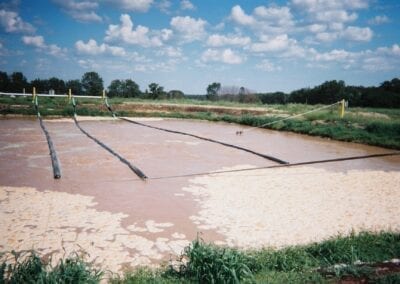 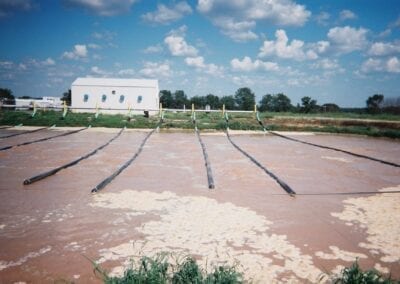 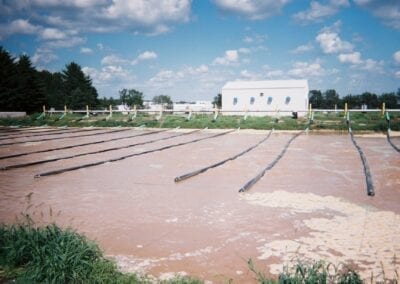 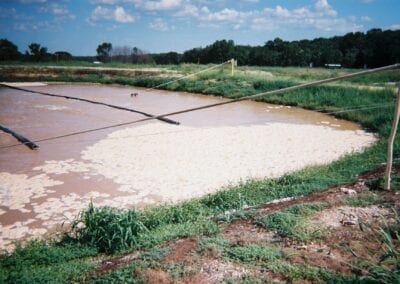 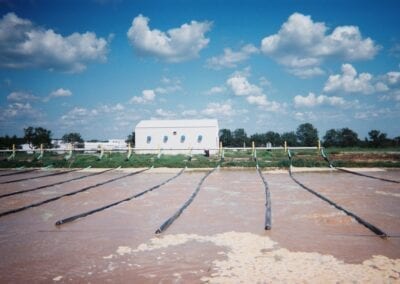 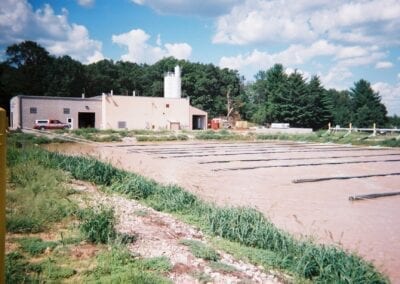 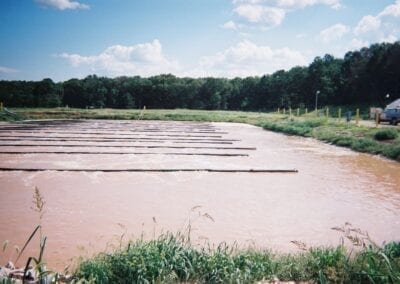 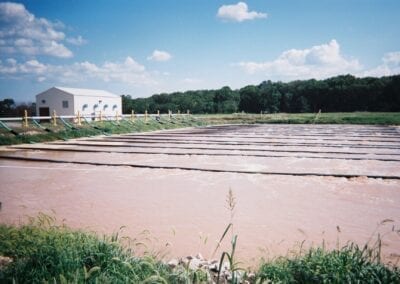 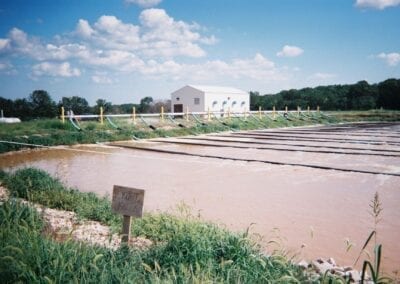 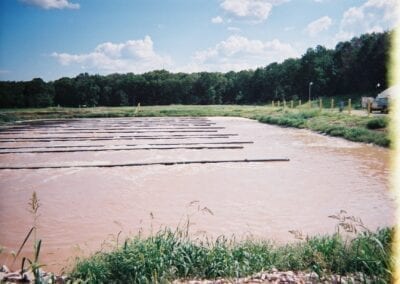